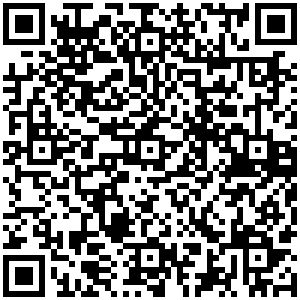 These 34 monasteries and temples, extending over more than 2 km, were dug side by side in the wall of a high basalt cliff, not far from Aurangabad, in Maharashtra. Ellora, with its uninterrupted sequence of monuments dating from A.D. 600 to 1000, brings the civilization of ancient India to life. Not only is the Ellora complex a unique artistic creation and a technological exploit but, with its sanctuaries devoted to Buddhism, Hinduism and Jainism, it illustrates the spirit of tolerance that was characteristic of ancient India.

The Ellora caves are located in the district of Aurangabad in Maharashtra. The caves were excavated between the 6th to 11th centuries CE. There are more than 100 caves out of which only 34 are open to the public. Out of the 34, the first 12 are Buddhist, caves, 13 to 29 are Hindu caves, and 30 to 34 are Jain caves. The caves were declared as a UNESCO world heritage site in 1983. The topography of the area consists of a rocky plateau in the shape of a semicircle. The Buddhist caves lie at the right arc on the south, the Jain caves lie at the left arc on the north, while the Hindu caves are at the centre.

The rocks are made of multi-layered basalt formations, known as the Deccan Traps, the finer grains of which lend themselves to detailed sculpting. Due to their close proximity to a trade route, the Ellora caves, unlike the ones at Ajanta, were never lost to oblivion. There are written records which prove that these caves were visited regularly by travellers and royal patronage continued well after the last constructions took place.

The constructions at Ellora, also locally known as Verul, were done under the patronage of kings and wealthy merchants and traders. Although inscriptional evidence is quite scanty, yet it is known that the Rashtrakuta dynasty got a part of the Hindu and the Buddhist caves constructed, while the Yadava dynasty constructed the Jain caves.

The Buddhist caves consist of both monasteries and prayer halls. The monasteries are large, multi-storeyed buildings carved into the mountain face, which have living quarters, kitchens, and water cisterns. The Jain caves consist of halls, with the shrines located in the back wall. These large halls were meant to accommodate a number of devotees during the annual pilgrimages. The Hindu caves are full of sculptures of deities. However, the architectural marvel at Ellora is the Kailasa Temple in the Hindu cave no. 16. It is a monolithic rock-cut temple, in which all the components of a Hindu temple, along with subsidiary shrines, have been carved out of a single piece of rock. The resulting structure is a freestanding, multi-level temple complex, which has features of the Dravidian style of temple art and architecture. As the constructions here were done under different dynasties, one can see the workings of different regions and styles. The Dravidian style indicates that craftsmen, stonecutters and artisans migrated here for work. As the caves lay on an ancient trade route, they also served as a resting place for the traders and travellers.

The caves represent the zenith of cave architecture in India and portray the mastery and the creative genius of Indian artists. The iconography of the deities and related sculptures bears testimony to the survival of an unbroken chain of Indian artistic and metaphysical tradition. The co-existence of the caves of three faiths speaks of eclecticism and a spirit of religious co-existence which is a hallmark of Indian culture.