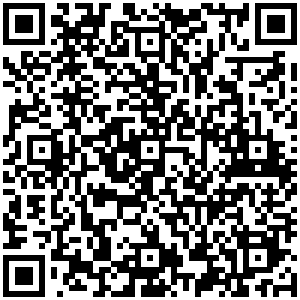 About the Creative City:
Located in the heart of the Ganges valley, Varanasi, also known as Benares, is home to 1.4 million inhabitants and is considered one of the oldest continuously inhabited cities in the world. The renowned spiritual capital of India bears witness to a music heritage traced back to the Puranic literature, attributing the development of music to Shiva. Since being patronised by the tutelary head of the Maharajas of Kashi, the number of active music companies in the music sector has significantly increased to 300. Such support has also invigorated and created new impetus for the Varanasi’s 350-year-old festivals.

Varanasi envisions creativity-led development as a bridge to sustain and revitalize its rich cultural heritage. Predominantly passed down through the festivals and fairs, tradition is embedded in the city’s cultural and spiritual life, and is inextricably linked with one of the most attended festivals; the Buddha Purnima Festival. This event gathers people together to celebrate the birth of Buddha through a wide range of performances, ranging from music to crafts and gastronomy. In addition, the Subah-e-Banaras Festival focuses on the power of music for enhancing inner well-being.

The protection and promotion of Varanasi’s music has been supported for centuries by the Guru- Shishya Parampara; a teacher-pupil traditional learning method, which became eroded over time. The city is committed to keep this tradition alive through the implementation of several grants schemes and educational trainings programmes. The flagship initiative is the on-going development of the Sangeet Sankul Music School, which focuses on the protection and promotion of musical traditions, as well as supporting the emergence of young talents.

Added Value:
As a Creative City of Music, Varanasi envisages:

Varanasi, also known as Kashi and Banaras is one of the oldest inhabited cities in the world. It is situated on the banks of river Ganges or Ganga in Uttar Pradesh about 320 km from the capital city of Lucknow. In Hinduism, it is the holiest of the seven sacred cities called Sapta Puri of India. The Sapta Puri are holy pilgrimage centres significantly known for the birth of religious and spiritual masters.

The architecture of Banaras reflects diversity in construction, pattern and detailing. Ancient buildings, strong pillars, traditional balconies, red brickwork and temples contribute to the diverse architecture. The riverfront of Ganga comprises of a series of 84 Ghats, each of them being architecturally and culturally unique.

The Dashashwamedh Ghat is one of the oldest ghats of Varanasi, where the Ganga Aarti takes place every evening. The Manikarnika Ghat is the primary site for Hindu cremation.

Silk weaving is the most dominant industry.  Banaras is known for its production of very fine silk, Banarasi saris, brocades with gold and silver thread work. It is also famous for muslin fabrics, perfumes, ivory works, and sculptures.

Varanasi has also been a centre of learning for ages. Varanasi is associated with spiritualism, mysticism, Sanskrit, yoga and Hindi language. The renowned Indian saints and poets who have resided in the city were Kabir, Ravidas, and Tulsidas.

The music tradition of Varanasi can be traced to Puranic days. The Banaras Gharana form of Hindustani classical music was developed here. In the 16th century, Dhrupad style of singing became very popular during the rule of Govind Chandra. This led to the development of Dhamar, Hori and Chaturang styles. Other popular styles developed in Banaras are Banarasi Thumri, Dadra, Chaiti, Bhairavi, Kajri, Tarana, Ghato and much more. Varanasi is also associated with great instrumentalists Ustad Bismillah Khan, Pandit Ravi Shankar and Jotin Bhattacharya.

Author Mark Twain wrote, "Benares is older than history, older than tradition, older even than legend, and looks twice as old as all of them put together."