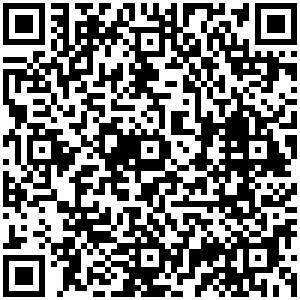 Capital of the State of Rajasthan in India, Jaipur is home to a population of 3 million inhabitants. In the early 18th century, the city was called the House of the 36 Industries (Chattis Karkhanas) for being a historical trade centre largely supported by crafts and folk art, including painting, carving and jewelry. This period has shaped the city and is honoured through the dedication of specific streets and markets to each of these industries. Today, this legacy continues to bear witness to the diversity and vitality of the field of crafts and folk art, which employs about 175,000 people working in around 53,500 workshops.

Jaipur views creative industries as a means to sustain its rich cultural heritage, passing on many traditions through local festivals and fairs which have always been embedded in the city’s cultural life. The Jaipur International Heritage Festival is the best-known event showcasing traditional works of crafts and folk art, as well as contemporary works. This event puts particular emphasis on fostering partnerships between the public and private sectors and civil society, as well as developing interdisciplinary approaches between crafts and folk art and design. Jaipur is also home to the Indian Institute of Crafts and Design (IICD), the largest resource centre in the country, which is currently undertaking cross-cutting research and offering residencies.

To further protect and promote crafts and folk art, the Municipality is developing many initiatives, including the Heritage Walks. This project aims to give new life to the ancient streets and markets, thereby improving artisans’ working conditions and supporting direct selling. In addition, there are plans for establishing a Global Art Square in the heart of the city, creating a unique hub for new generations of craftspeople to sustain Jaipur’s artistic traditions.

As a Creative City of Crafts and Folk Art, Jaipur envisages:

The Pink City of Jaipur lies in the Eastern part of Rajasthan. The region in the 18th century was referred to as Dhoondhar (also called Matsya Desh/ Mina Wati), which comprised of the current districts of Jaipur, Dausa and Tonk. Although Jaipur is surrounded by hilly terrain, the city was established on the plains. It was built by the architect Vidyadhar Bhattacharya, who designed the princely capital by adhering to the dictums of the Shilpa-Shastra, a Hindu architectural tradition. Designed to be a commercial capital, the city’s urban planning is a representation of the ancient Hindu and Mughal cultures.

The public space in Jaipur was divided into Chaupars, Bazaars, Mohallas, Streets and Temples. The intersections of the streets of Jaipur create large public squares known as ‘Chaupars’. The original bazaars (market) of Jaipur are Kishanpole Bazaar, Gangauri Bazaar and Johari Bazaar. A typical looking feature of the bazaars in Jaipur is the Chajja, (sunshades) which is used to block the direct rays of the sun. The main street also may have temples above the shops. The spaces above the shops were also used as galleries to watch the royal processions and public celebrations.

Jaipur has a rich tradition of jewellery and handicrafts that can be traced back to the early 18th century. Pratapgarh and Nathdwara are two very famous places which produce enamel work. Jaipur is also very popular for its meenakari. This jewellery is known for delicacy and the use of colours in it.  Some of the traditional jewellery designs from Jaipur are rakhri, tirnaniyan, bala, bajuband, gajra, gokhru, jod, etc.  The tribal women of Rajasthan wear heavy yet simply crafted jewellery. Tribal Men wear ornaments as well, in the form of chokers and earrings. Johri Bazaar is the oldest jewellery market set up by Maharaja Jai Singh II which marked the beginning of the jewellery industry of Jaipur. Traditional Rajasthani jewellery is a mix of opulence and colour.

In the 18th century, Maharaja Ram Singh of Jaipur introduced lacquer art in Jaipur. Lacquer art involves the method of moulding lacquer which is a natural scarlet resin extracted from select trees of India. It is then made into various articles and decorating items.  Lacquer, when heated at high temperatures, softens like dough and at low temperatures, it becomes firm. Due to this unique characteristic, lacquer can be easily shaped into any form. In Jaipur, lacquer is used to make jewellery and handicraft items. The very famous Nakkashi or pattern work is a special style of lacquer artwork and lacquer jewellery of Jaipur.