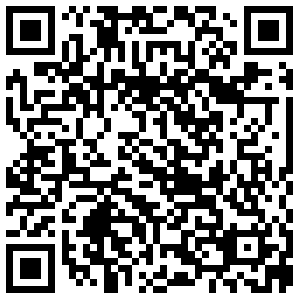 Karva Chauth is a one-day festival celebrated annually by married Hindu women in which they observe a fast from sunrise to moonrise and pray for the well-being and longevity of their husbands. The festival is also observed by unmarried women who pray in the hope of securing a desired life partner. It falls on the fourth day of the dark fortnight (Krishna paksh or the waning phase of the moon) in the month of Kartik of the Hindu lunar calendar. The date roughly falls anytime between mid to late October. It is mainly celebrated in the states of Northern India such as Punjab, Haryana, Himachal Pradesh, Uttar Pradesh and Rajasthan.

The word Karva Chauth is made up of two words, ‘Karva,’ which means an earthen pot with a spout and ‘Chauth’ which means fourth. The earthen pot is of great significance as it is used by the women to offer water to the moon as part of the festival rituals. It is said that this festival began when women started praying for the safe return of their husbands who went to fight wars in far off lands. It is also held that it is celebrated to mark the end of the harvest season. Whatever be the origins, the festival offers an occasion to strengthen familial ties.

The festival entails keeping a ‘Nirjala’ fast in which women neither eat nor take a drop of water throughout the day and prayers are offered to the Goddess Gauri, an incarnation of Parvati, who bestows blessings for a long and happy married life.

There are various mythological tales related to Karva Chauth. One of the most popular ones is related to Savitri and Satyavan in which the former brought back her husband from the clutches of death with her prayer and determination. Another such story is that of Veervati, the only sister of seven loving brothers. When the brothers could not bear to see her fasting the whole day they misled her into believing that the moon had risen. Veervati broke her fast and had food but soon got the news of her husband’s death. She prayed for a whole year and the Gods pleased with her devotion gave back her husband’s life.

Much like its neighbouring states, festivities related to Karva Chauth start early in the morning where married women wake up before the sun rises and get ready. A night before Karva Chauth, the woman’s mother sends Bayaa which consists of clothes, coconut, sweets, fruits and sindoor (vermillion) for her daughter and gifts for the mother-in-law. The daughter-in-law is then supposed to eat the Sargi (a meal consumed before sunrise on the day of Karva Chauth) given to her by her mother-in-law. It includes fresh fruits, dry fruits, sweets, chapatis and vegetables.

As afternoon approaches, women come together with their respective thalis (a large plate). It contains coconut, fruits, dry fruits, a diya (lamp), a glass of kachi lassi (a drink made of milk and water), sweet mathri and gifts which will be given to the mother-in-law. The thali is covered by a cloth. The women then come together and sit circling the idol of Gaura Maa (Goddess Parvati) and the story of Karva Chauth is narrated by a wise elderly woman who also ensures the pooja is performed in the correct manner. The women then start to rotate the thalis around the circle. This is called thali batana. This ritual is performed seven times. While doing this, they sing the following song:

The song highlights the precautions which need to be taken while women observe the fast. After the pooja, women touch the feet of their mothers-in-law and give them gifts with dry fruits as a symbol of respect.

Breaking of the fast takes place when the moon shines bright in the dark sky. They carry a Channi (sieve) and a pooja thali which comprises of a diya (made of wheat flour), sweets and a glass of water. They go to a place where the moon is clearly visible, usually, the terrace. They look at the moon through the sieve and offer kachi lassi to the moon and recite the following prayer for their husband:

Now the husband feeds the same kachi lassi and sweets to the wife and she touches the feet of her husband. Both of them take blessings from their elderly and that's how fast is broken. Dinner among the Panjabis on the day of Karva Chauth comprises of any Sabut dal like Red beans, green pulses, pooris (fried Indian flatbreads), rice and sweets from the Bayaa.

The rituals associated with this festival have undergone changes over a period of time due to its portrayal in Bollywood movies and television shows. It has also helped popularize this festival in such parts of India where it was not traditionally celebrated. Now, especially among the newly-weds, husbands too have started keeping fasts for their wives. Thus, an old festival continues to remain popular through its reinvention in both rural and urban social milieu.

Karva Chauth starts early as women wake up at dawn on the day of the festival to have a Sargi. In Uttar Pradesh, Sargi comprises of feni (vermicelli) which is dipped in sweet milk, a plate full of sweets and savories, coconut, dry fruits, fara (steamed lentil dumplings) and gifts such as traditional Indian wear and jewelry. The most important items of this gift are those which serve as markers of the marital status of a Hindu woman. These include toe rings, anklets, glass bangles, vermillion, bindi/tika and alta (red paint which is applied on feet). Women also apply mehendi (henna) on their hands.

The religious ceremonies begin a little before moonrise, when ladies dressed in their festive attire and bedecked in the traditional jewelry and flowers come together with other ladies of the neighborhood to pray.

After this, women sing songs related to Karva Chauth and exchange their thalis in a circle and offer prayers to Goddess Paravati. In some other areas the mother-in-law and daughters-in-law perform the prayers at home and exchange the karvas with each other. Then the older women bless the younger ones with words such as ‘Akhand Saubhagyavati bhav’ or ‘sada suhagan raho,’ both of which mean ‘may you be a married woman all your life.’

After the prayers, there is an anxious wait for the moonrise. As soon as the moon is sighted women complete the rituals by offering prayers to the moon. In some places in Uttar Pradesh, they draw a face of the moon with rice paste on the ground and say prayers while offering kumkum (red pigment used by Hindus), rice, flowers and sweets. After this, they offer water through their karvas seven times while chanting prayers. These chants includes prayers such as:

Here married women are exhorted to get up and offer prayers to the moon which is a lamp greater than all the earthen lamps that they light up.