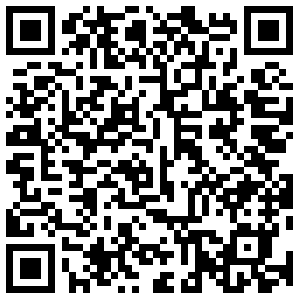 Bali Yatra, a festival that commemorates the rich maritime history of Odisha is celebrated throughout the state. In the historic city of Cuttack, a week-long event is organised starting from the day of Kartika Purnima (full moon day in the month of Kartik i.e October-November).

Map of India highlighting the extent of the Kalinga Empire.

The Kalinga Empire (present-day Odisha) is known for its glorious maritime history. Due to the geographical location of Kalinga, this area saw the growth of ports as early as the 4th and the 5th century BC. Some of the famous ports, Tamralipti, Manikpatna, Chelitalo, Palur, Pithunda allowed India to connect with other countries via the sea. Soon, the Kalingas had trade links with Srilanka, Java, Borneo, Sumatra, Bali and Burma. Bali formed a part of the four islands that were collectively called the Suvarnadvipa, today known as Indonesia.

The Kalingas constructed large boats called the ‘Boitas’ and with the help of these, they traded with the Indonesian islands. These ships had copper hulls and could carry up to seven hundred men and animals aboard. Interestingly, the Bay of Bengal was once known as the Kalinga Sea as it was thronged by these ships. The dominance of the Kalingas over the sea routes can be understood from the fact that Kalidasa in his Raghuvamsa referred to the King of Kalinga as ‘The Lord of the Sea’.

Map of the sea routes of the Kalinga Empire.

The Kalingas frequently traded with the island of Bali. The trade-in commodities also led to the interchange of ideas and beliefs. Odia merchants formed settlements in Bali and influenced its culture and ethics. This led to the growth of Hinduism in the region. Hinduism blended well with the Balinese concepts and even today, ‘Balinese Hinduism’ is practised by a majority of their population. They worship various Hindu Gods such as Shiva, Vishnu, Ganesha and Brahma. Shiva was considered to be the presiding deity and believed to be the elder brother of Buddha.

Boats made of banana leaves with lighted candles.

As a result of these influences, the Balinese also celebrate Hindu Festivals such as Shivaratri, Durga Pooja and Saraswati Pooja. Interestingly, the ‘Masakapan ke Tukad’ festival celebrated in Bali is similar to the Bali Yatra festival in Odisha. Both festivals are celebrated in the memory of their maritime ancestors.

The term Bali Yatra literally means ‘Voyage to Bali’. Every year Kartika Purnima marks the day that the seafaring traders departed for the Indonesian islands. For this festival, people of Odisha gather in large numbers in colourful attire to celebrate their glorious maritime history. The celebration features grand fairs, elaborate rides, food and dance. Indian women perform ‘Boita Bandana’, they make boats of paper or banana leaf (sholapith) with lighted lamps inside and float them down the Mahanadi as a part of the celebrations. The Bali Yatra celebrates the ingenuity and skill of those expert sailors who made Kalinga, one of the most prosperous empires of its time.