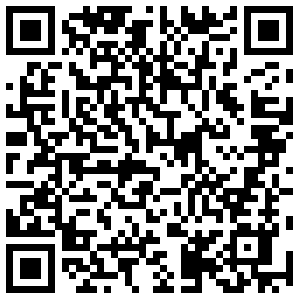 Built during the second half of the 16th century by the Emperor Akbar, Fatehpur Sikri (the City of Victory) was the capital of the Mughal Empire for only some 10 years. The complex of monuments and temples, all in a uniform architectural style, includes one of the largest mosques in India, the Jama Masjid.

Fatehpur Sikri is a city near Agra, Uttar Pradesh. Its construction was commissioned by the Mughal Emperor Akbar. It served as the imperial capital before it was shifted to Lahore. A series of structures were built predominantly using the locally quarried red sandstone (called Sikri sandstone) including palaces, gateways, tombs, mosques etc. in the new city by the Emperor.

Akbar was spiritually inclined to the Chishti Sufi order which strengthened after Shaikh Salim Chishti predicted the birth of Akbar’s eldest son Salim and future Emperor Jahangir. In gratitude, Akbar ordered the construction of his capital at Sikri, where his pir, Shaikh Salim resided.

The construction at Sikri commenced in 1569, the year of Jahangir’s birth. Initially, a religious compound for Shaikh Salim was built which included a khanqah (hospice) and a mosque, Jami Masjid, the largest mosque at that time. A colossal southern gate called Buland Darwaza was added to the religious compound to commemorate Akbar’s successful campaign in Gujarat in 1573. From then on, Sikri became Fatehpur Sikri or the City of Victory. After Shaikh Salim’s death in 1572, an all white marble tomb was constructed in the compound with intricate and ornamental jali work. It was completed in 1580-1.

The palace complex comprises of multiple structures many of whose functions are not ascertained except for some major structures like:

From 1571, the construction of a walled city and an imperial palace had begun in Sikri. Like Humayun’s Tomb was constructed near Nizamuddin Auliya’s tomb, Akbar’s palace at Sikri was constructed near Shaikh Salim’s khanqah, establishing proximity with the Chishtis to derive legitimacy for his rule.

Akbar did not just give orders for the construction of imperial palaces but his new capital at Sikri comprised of noble’s residence, a huge mosque, serais, bazaar, gardens, baths, schools, and workshops, thus serving as a holistic royal, administrative, economic and residential complex.