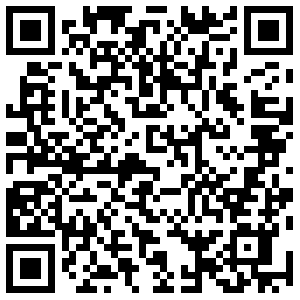 Near the gardens of the Taj Mahal stands the important 16th-century Mughal monument known as the Red Fort of Agra. This powerful fortress of red sandstone encompasses, within its 2.5-km-long enclosure walls, the imperial city of the Mughal rulers. It comprises many fairy-tale palaces, such as the Jahangir Palace and the Khas Mahal, built by Shah Jahan; audience halls, such as the Diwan-i-Khas; and two very beautiful mosques.

The Agra Fort was built by Emperor Akbar between 1565 and 1573 on the west bank of the Yamuna. The ramparts of the imposing structure are made of red sandstone and they form a crescent about 2.5 kilometers in circumference along the river bank. The fort has a number of buildings inside its walls. The styles of these buildings reflect the taste and design principles of their patrons from Akbar to Shah Jahan.

The fort is surrounded by a deep moat which used to be filled with water from the Yamuna. Some of the major buildings and structures in the fort complex include the Jahangir Mahal, the Khas Mahal, the Sheesh Mahal , the Mina Masjid, the Musamman Burj, the Diwan-i-Khas, the Diwan-i- Aam, the Nagina Masjid, the Machchhi Bhawan, the Moti Masjid and Meena Bazar.

The Jahangir Palace is the major palace of the fort. It was built during the reign of Akbar. This palace was the zenana or the women's quarters and has a very intricate arrangement of galleries, halls, courtyards and dungeons. Legend says that Empress Nur Jahan used to bathe in the rose scented waters of the large marble pool in front of the palace.

The Khas Mahal is situated along the river bank. It has an exquisite marble hall with painted ceilings and two golden pavilions with bangaldar (curved) roofs. These design elements are typical of Shah Jahan's style of architecture. These pavilions are associated with the Mughal princesses Jahanara and Roshanara. The pavilions have small niches where it is believed small jewels were once concealed.

The Anguri Bagh or "grape garden" faces the pavilions of Khas Mahal. The octagonal tower of the Musamman Burj lies to the northeast of the royal baths of Sheesh Mahal. This tower offers clear views of the Taj Mahal, where Shah Jahan spent the last years of his life. The Mina Masjid or "gem mosque" is Shah Jahan's private mosque which is near the Musamman Burj.

The elaborately decorated open hall of the Diwan-i-Khas (Hall of Private Audience) is located to the side of the Musamman Burj. This is where Shah Jahan used to hold his court and watch elephant fights from the terrace. To the west of the Diwan-i-Khas lies the Diwan-i- Aam. The Diwan-i-Aam (Hall of Public Audience) is enclosed within a large courtyard and consists of a series of arcades. It has a sumptuously decorated throne-alcove of inlaid marble which was where the Peacock Throne once stood. The Nagina Masjid or "jewel mosque" and the Moti Masjid or "pearl mosque" built by Shah Jahan lie to the northwest of the Diwan-i-Aam.

An exquisite marble balcony overlooks the shopping area of the fort, the Meena Bazaar. The street from the bazaar led directly to the original gate of the fort.