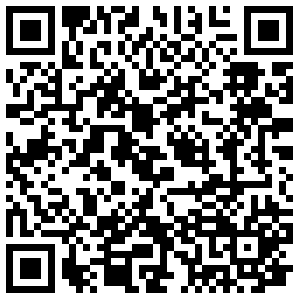 The Nalanda Mahavihara site is in the State of Bihar, in north-eastern India. It comprises the archaeological remains of a monastic and scholastic institution dating from the 3rd century BCE to the 13th century CE. It includes stupas, shrines, viharas (residential and educational buildings) and important art works in stucco, stone and metal. Nalanda stands out as the most ancient university of the Indian Subcontinent. It engaged in the organized transmission of knowledge over an uninterrupted period of 800 years. The historical development of the site testifies to the development of Buddhism into a religion and the flourishing of monastic and educational traditions.

The Archaeological Site of Nalanda Mahavihara is located in the North-eastern state of Bihar, India. Spread over an area of 23 hectares the Archaeological site of Nalanda Mahavihara presents remains dating from circa. 3rd Cen BCE with one of the earliest, the largest of its time and longest serving monastic cum scholastic establishment in Indian Subcontinent from 5th Cen CE - 13th Cen CE before the sack and abandonment of Nalanda in the 13th Century. It includes stupas, chaityas, viharas, shrines, many votive structures and important art works in stucco, stone and metal. The layout of the buildings testifies to the change from grouping around the stupa-chaitya to a formal linear alignment flanking an axis from south to north. The historic development of the property testifies to the development of Buddhism into a religion and the flourishing of monastic and educational traditions.

Criterion (iv): The Archaeological Site of Nalanda Mahavihara established and developed planning, architectural, artistic principles that were adopted later by many similar institutions in the Indian Subcontinent, South Asia and Southeast Asia.

Standardisation of the architecture of viharas and the evolution of temple-like chaitya into Nalanda prototypes manifests the sustained interchange and patronage towards the expansion of physical infrastructure. The quadrangular free-standing vihara of Gandhara period evolved into a complete residential cum-educational infrastructure borrowed by monastic-cities of South Asia such as Paharpur, Vikramshila, Odantapuri and Jagaddala. Nalanda shows emergence and mainstreaming of a chaitya having quincuxial (five-fold) form. As a reflection and representation of changing religious practices, this new form replaced the traditionally dominant stupa and influenced Buddhist temples in the region.

Criterion (vi): Nalanda Mahavihara, as a centre for higher learning marks the zenith in the evolution of sangharama (monastic establishment) into the earliest higher learning establishment of early medieval India. Its merit-based approach said to have embraced all contemporary sources of knowledge and systems of learning practiced in the Indian subcontinent.

Nalanda remains one of the earliest and longest serving extraordinary institution-builder. Its systems of pedagogy, administration, planning and architecture were the basis on which later Mahaviharas were established. Nalanda continues to inspire modern university establishments in the region like Nava Nalanda Mahavihara, Nalanda University and several others across Asia. Integrity

While the original mahavihara was a much larger complex, all surviving remains of Nalanda present in the property area of 23 hectares comprising 11 viharas and 14 temples, besides many smaller shrine and votive structures, demonstrate amply its attributes such as axial planning and layout along north-south axis, its architectural manifestation and extant building materials and applied ornamental embellishments. Preserved in-situ are the structural remains of viharas and chaityas whose layers of construction show evolution of the respective forms. The positioning of these structures over the extent of the site shows the planned layout unique to Nalanda. The property also retains a corpus of moveable and immoveable artefacts and artistic embellishments that show iconographic development reflecting changes in Buddhist belief system.

Archaeological remains including the entire protected area of the property are maintained by the Archaeological Survey of India (ASI). The buffer zone of the property is sparsely populated with agricultural land and seasonal water bodies and thus poses no threat to the property. The property and the buffer zone are protected by a national-level law, the Ancient Monument and Archaeological Sites and Remains Act (AMASR), 1958 and (Amendment and Validation, 2010) and is monitored by the National Monument Authority (National level) and office of the District Commissioner, State Government of Bihar (local level).

In subsurface condition for over seven centuries the archaeological remains of Nalanda Mahavihara were systematically excavated in the early 20th Cen. CE and conserved in-situ by the Archaeological Survey of India. Methodology adopted by the Archaeological Survey of India for the conservation and consolidation of its viharas and temples ensured the preservation of its historic fabric through adequate capping by reversible and sacrificial layers and providing supports wherever necessary. All conservation works and interventions are documented through photographs and drawings and published in the annual reports of ASI.

Historical research should be continued, supported by appropriate documentation, with particular attention to the identification of all excavation works carried out before the Archaeological Survey of India, as well as excavations by any other parties of the property, and the identification of all repair works carried out throughout the site, with particular attention to the repairs of brickwork and the documentation of the differentiation of authentic archaeological fabric and added repairs and added capping and sacrificial layers, some of which are marked by way of inscription of dates on select bricks at inconspicuous locations.

Nalanda's layers of construction, iconography and records testify these remains to be its oldest surviving parts. The spatial organization evident in these excavated remains demonstrate its systematic planning. Temple-like form of chaityas and quadrangular-form of viharas replete with infrastructure authenticate Nalanda's contribution in developing sacred architecture of the Buddhists and residential-cum-scholastic facilities. Its stucco, stone and metal art retain iconographic features that enabled changes in Buddhist belief system and transition of Mahayana to Vajrayana.

Ceasing functionally as an institution (13th century CE), Nalanda's role as an institution­builder is testified by the borrowing of its system of organization by later Mahaviharas of the 8th century CE. Nalanda's system of pedagogy is best preserved in Tibetan monasteries where discourses are conducted through debate and dialectics. Furthermore, universities across Asia consider Nalanda the landmark of academic learning excellence. Protection and management requirements

The property is owned, protected, maintained and managed by Archaeological Survey of India vide national level laws - the Ancient Monuments and Sites Remains Act of 1958 (Amendment and Validation, 2010) Decisions pertaining to its conservation and management are governed by National Conservation Policy for Monuments, Archaeological Sites and Remains promulgated by the Archaeological Survey of India. Conservation and management of the property is ordained by a perspective plan and an annual conservation programme. An in-house committee of the Archaeological Survey of India monitors its state of conservation and conducts need-analysis. A conservation plan for the excavated remains of the property should be worked out for the safeguarding of its Outstanding Universal Value and authenticity. This apart, plans for visitor should be developed to strengthen approaches to visitor management and interpretation. Also the risk preparedness plan should be completed. The buffer zone is also managed by the National Monument Authority vide Ancient Monument and Archaeological Sites and Remains Act (AMASR), 1958, (Amendment and Validation, 2010) in consultation with National Monument Authority (NMA), New Delhi and the State Government of Bihar. The buffer zone also has facilities to augment visitor's experience.

The Integrated Master Plan of Nalanda should be prepared and implemented by the State Government of Bihar, keeping in mind national and regional laws, to mitigate concerns by any development in the vicinity of the property that may impact its Outstanding Universal Value. And a Heritage Impact Assessment (HIA) should be conducted for any development plans within the vicinity of the property, which are vetted by the competent authorities, Archaeological Survey of India, State Government of Bihar and Nalanda's District Collectorate's Office.

Nalanda Mahavihara, located in the state of Bihar was an ancient university. The site saw continuous habitation from the 3rd century BCE till the 13th century CE. The remains of devotional, funerary and residential structures cover an area of about 23 hectares. The scholastic institute founded by the Gupta King, Kumaragupta, in the late 5th century CE housed thousands of scholars and teachers in its heyday. The site was chosen as a UNESCO World Heritage Site in 2016.

The Mahavihara is an example of the tradition of rain retreats of the Buddhist monks developing into centres for teaching and learning, which was quite unlike the ancient Brahmanical system of a Gurukul, where the student received education at the home of the teacher. A Buddhist University, established by a Hindu king, Nalanda welcomed in its fold students belonging to various faiths and regions of the world. They were admitted after passing a strict oral examination and were taught a variety of subjects.

The Chinese scholar Hiuen Tsang (Xuanzang) and others who followed him to Nalanda, have left behind accounts about the university which give valuable information about the subjects taught, the university administration, and the daily routine of the students. They carried back a large number of manuscripts and books, which gives evidence of the existence of a well-stocked library at Nalanda.

The university supported itself from the revenues of about 100 villages which were granted to it by kings, and the generous donations made by patrons, both Indian and foreign. Such monetary patronage may have led the university to provide free education and residence to most of its students.

The vast amount of archaeological remains at the site comprise the famous Nalanda stupa, a tall brick structure built on a high base, which was successively enlarged seven times. The monastery and other structures built here, unlike elsewhere, were well laid out in a linear axial pattern. The antiquities unearthed here testify to the skills of Indian craftsmen in working with stone, stucco and metals.

After continuously imparting education for about 800 years, Nalanda was destroyed in an attack by Muhammad bin Bakhtiyar Khalji in the 13th century CE. The destruction had a two-fold impact. On the one hand it hastened the decline of Buddhism in India, which was already facing the onslaught of the assimilative force of Hinduism. And on the other, it helped spread Buddhism in Tibet, China, Japan, and other areas of South-East Asia. The monks who survived the attack, fled to these foreign lands taking their books and traditions with them. The fact that Indian kings and traders had already established relations with these countries must have helped then find an easy refuge.

Thus the remains of the Mahavihara at Nalanda, provide important evidence of the developments related to Buddhism, such as the rise of the Mahayana and Vajrayana schools. The great masters and scholars of this institution were the propagators of Buddhism and its practices, around the world.