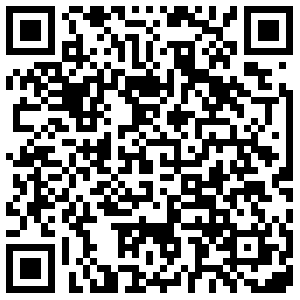 Group of Monuments at Mahabalipuram

This group of sanctuaries, founded by the Pallava kings, was carved out of rock along the Coromandel coast in the 7th and 8th centuries. It is known especially for its rathas (temples in the form of chariots), mandapas (cave sanctuaries), giant open-air reliefs such as the famous 'Descent of the Ganges', and the temple of Rivage, with thousands of sculptures to the glory of Shiva.

The Cave Temples were built before the reign of the Pallava king Mahendravarman I and are a complex of various temples that denote the oldest forms of Pallava architecture.

The Pancha Rathas or the five chariots is essentially an architectural eclogue to the five Pandavas and their wife Draupadi from the Mahabharata. Each ratha (Draupadi ratha, Arjuna ratha, Bhim ratha, Dharmaraja ratha, Nakul-Sahadev ratha) structurally signifies the traits of each of the Pandavas which makes them different from one another. Carved from a single slab of rock, the walls of these rathas are adorned with bas reliefs and murals such as elephants and Nandi the bull.

Descent of the Ganges/Arjuna’s Penance

The Descent of the Ganges also known as Arjuna’s penance is the second largest ancient monolithic structure in Asia. The inscription depicts the mythical story of Arjuna from the Mahabharata and scenes from everyday South Indian life.

The centre represents the nagas (snakes) descending from a once water-filled cleft, representing the Ganges. The left has Arjuna performing self-mortification (standing on one leg), in order to procure Pasupatastra, the most powerful weapon from Lord Siva.

The two towered Shore Temple at the very coast of Coromandel is one of the most significant representations of Pallava architecture. It consists of the seven pagodas that were built between 700 and 728 CE during the reign of Narasimhavarman II and is dedicated to Lord Siva. The entrance of the temple is marked by gopurams and the shikhara or the roof of the temple resembles a pyramidal structure, which is one of a kind. A complex of seven temples, there are a few along with other civil structures that presently lie under the sea.

The Olakkanneshvara Temple or the Olakkanatha Temple is a temple dedicated to Lord Siva located on the top of a hill.

Mahabalipuram stands today as one of the most elaborate temple complexes in India from the ancient period. It not only represents a unique and magnificent style of architecture but is rendition of a significant stage in human history that is testimony to an ancient civilisation filled with architectural technology, monumental art and town planning.