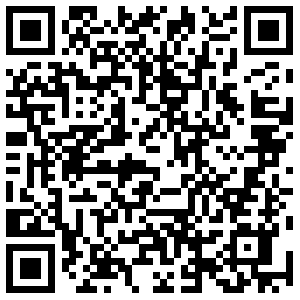 Churches and Convents of Goa

The churches and convents of Goa, the former capital of the Portuguese Indies – particularly the Church of Bom Jesus, which contains the tomb of St Francis-Xavier – illustrate the evangelization of Asia. These monuments were influential in spreading forms of Manueline, Mannerist and Baroque art in all the countries of Asia where missions were established.

From the south of the river Mandovi, upstream from the capital Panjim, Old Goa is the centre of Catholicism throughout South and East Asia. The majority of these monuments are representations of Manueline, Mannerist and Baroque forms of architecture inspired from 16th - 17th century Europe.

The various churches, basilicas, cathedrals, chapels, convents and nunneries of Old Goa are one of a kind as their style of architecture showcases elements of design and craftsmanship adapted from medieval Portuguese and Islamic architecture. The churches also showcase Christian art, sacred relics and religious iconography. It was declared a UNESCO World Heritage Site in 1986.

Basilica de Bom Jesus contains the tomb and mortal remains of St Francis Xavier, the so-called Apostle of the Indies.

The construction began in the year 1594 and the Basilica is an elaborate representation of late-Renaissance architecture which combines elements of Doric, Ionic and Corinthian design.

The Convent of St. Cajetan and Church of Divine Providence

Built in 1639, the Church of St. Cajetan or The Church of Our Lady of Divine Providence and the Convent of St. Cajetan is modelled on the Basilica of St. Peter in Rome. Architecturally Corinthian in its design the church bears rich carvings and gilded altars in the Baroque style.The material predominantly used in the making of this structure is laterite and lime.

Although the church altar is dedicated to Our Lady of Divine Providence, the church is named after the founder of the Theatine order, St. Cajetan, a contemporary of St Francis Xavier.

The Sé Cathedral was commissioned by the Portuguese Viceroy, Redondo in 1562 and was completed in 1652. The Se Cathedral is one of the most ancient and recognised religious buildings of Goa.

It is dedicated to St.Catherine of Alexandria on whose feast day in 1510 Alfonso Albuquerque defeated the Muslim army and took possession of the city of Goa. Thus, it is also known as St. Catherine’s’ Cathedral.

The unique features of the cathedral include the five bells, with the existing functional tower housing the largest bell in Goa known as the ‘Golden bell’.

The Cathedral is built mainly with limestone and laterite decorated with Corinthian columns that have Latin inscriptions, signifying the reign of King Dom Sebastian.

Church and Convent of Francis of Assisi

Built in 1521 and later again in 1661, the Church and Convent of Francis of Assisi is a Baroque style structure that today houses the Archaeological Museum.

The Church of Francis Assisi initially housed the Archbishop and was connected to the Sé Cathedral.

The exterior of the church is uniquely designed in the Tuscan Order, along with its main entrance in Manueline style with Baroque and Corinthian features. It houses a wooden statue of St. Francis along with conspicuous floral details along the walls and windows. The Church that was formerly built in 1521 was torn down and rebuilt in 1661.

The Churches and Convents of Goa represent the former Potuguese entity that existed in Goa. It was also one of the major centres for the propagation of Christianity.

Today the complex stands as a global heritage site due to its architectural technology and outstanding literary and art tradition that highlights a significant stage in human history.