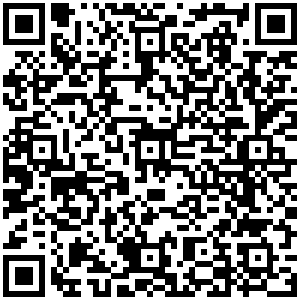 Harmonium is a stringed instrument made of wood, metal, brass, and cloth. A kind of a portable wooden box, it was originated in West Bengal. The harmonium has thus become an integral part of Indian Music. It is extensively used to accompany folk, classical, Sufi, and ghazal compositions for both music and dance.
The keys are played and bellows are compressed simultaneously . When the bellows are compressed, the air passes through the reed, causing it to vibrate. This produces sound. The reed regulates the tone/pitch whereas the bellows produce and control air and the volume. The harmonium can produce up to 12 surs and 22 shrutis.
Harmonium was first designed by Christian Gottlieb Kratzenstein, a professor of physiology at the University of Copenhagen in the 1700s. The design of his harmonium was like a small sized organ. It produced sound with foot-operated bellows which allowed the wind to pass through a pressure-equalizing air reservoir, which allowed the metal reeds (fixed at one end and free at the other) to vibrate. Volume of the instrument was controlled by valves operated by the knee, knobs placed above the keyboard that allowed the wind supply to bypass the reservoir and the force used to pump the bellows. As Europeans emigrated to the United States, they introduced harmonium to the Americans. Eventually the instrument found its way in the colonies of Asia, Africa and Caribbean.
In the early 20th century, usage of harmonium declined in the western world because of people’s changing tastes in music. Thus, the European harmonium lost its aura and began to be found only in the museums.

This dying instrument got a second life in India. In 1875, Dwarkanath Ghose designed his version of the Indian hand-pumped harmonium in Calcutta. Traditionally, it was used to accompany the Indian Classical musicians as they used to sit on the floor during performances.

The foot-operated bellows beneath the keyboard in the European harmonium was replaced by the hand-operated bellows at the rear, in the Indian version of harmonium. The new incarnation of the harmonium was more durable, less expensive to build, and easier to maintain and repair. The internal mechanism of the instrument was simplified by Ghose. Drone knobs were added to the instrument to produce harmonies in Indian classical music. A scale changing technique was also added to the Indian version of harmonium. By 1915, India became the leading manufacturer of the harmonium.

The harmonium has thus become an integral part of Indian Music. It is extensively used to accompany folk, classical, sufi and ghazal compositions for both music and dance.

Harmonium is a portable wooden box approximately two feet long and ten inches high, the back of which is called bellows. Bellows have an outer cover of wood. It has around 10 holes which allow the air to pass through the bellows. The top portion is similar to a keyboard with 12 keys in all the three octaves: mandra, madhya and tara. Nine knobs are present below the keys to regulate the reeds to produce sur (music).