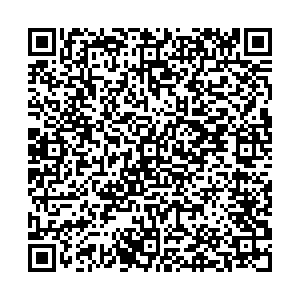 Domain:Knowledge and practices concerning nature and the universe

Yoga is practised across the length and breadth of India. It involves active participation of the master and disciples which may comprise a wide spectrum of individuals, institutions and general public groups, societies, communities, educational institutions, and members of society at large without any restrictions of gender, age or religious dispositions. While at present Yoga is a Pan-Indian holistic physical and spiritual wellness system practiced throughout India, the ancient system of Yoga originated well before the Indus valley civilization. This fact is based on the evidence that there have been archaeological finds across Indian sub-continent that prove the statement and other than these there are authentic, almost unbroken textual tradition of Indian literature on the subject, that deal with its physical, practical, metaphysical and spiritual aspects. Also, the element is permeated in traditional Indian dance and theatre techniques which draw heavily from Yogic practices of various postures, gestures and breathing exercises. Yoga essentially is a traditional and time honoured Indian holistic system of personal, physical, mental and spiritual wellness focusing on all-round unification of body, mind and soul. It is a perfect example of a lively interaction between the precepts and practice. Like other Indian traditions, this system is also handed down from master (Guru) to disciple (Shishya), who after rigorous practice attains mastery in the system and qualifies to become a master himself and teach others. The presence of Yoga is well documented in Indian textual tradition right from the Rig Veda to Satapatha Brahmana to philosophical treatises like the Upanishads and the Bhagvad Gita before sage Patanjali systematized it in his Yogasutras. After Patanjali, many great sages and Yoga masters contributed their bit for the intellectual preservation and furtherance of this system through their treatises. According to Indian mythology, Lord Siva was the first teacher of this system. As per Yogic scriptures the practice of Yoga leads to the union of individual consciousness with universal consciousness and thus indicates a perfect harmony between these elements. The aim of Yoga is to realize the inner self, to mitigate or overcome all kinds of sufferings and to pave the way for attaining the state of liberation. The widely practiced Yoga Practices are Yama (five abstentions), Niyama (five observances), Asana (Postures), Pranayama (Suspending Breath), Pratyahara (Abstraction), Dharana (Concentration), Dhyana (Meditation), Samadhi (Fully integrated Consciousness), Bandhas (Lock) & Mudras (Gestures), Shat-karmas (Cleansing practices), Yukta-ahara, (Holistic food), Yukta karma (Right Action) and Mantra japa (Chanting of the Sacred Words) and many more. Yogic practices help millions to learn to maintain a balanced way of life.