The Indira Gandhi National Centre for the Arts (IGNCA) is an Autonomous Trust set up by the Government of India under the Ministry of Culture. IGNCA is visualised as a centre that encompasses the study and experience of all the arts-each form within its own integrity, yet within a dimension of mutual interdependence, interrelated with nature, social structure and cosmology. The arts here are understood to comprise the fields of creative and critical literature, written and oral; the visual arts, ranging from architecture, sculpture, painting and graphics to general material culture, photography and film; the performing arts of music, dance and the theatre in their broadest connotation; and also in fairs, festivals and lifestyles that has an artistic dimension. The Centre focused its attention on India at first and has further started expanding its horizons to other civilizations and cultures. The IGNCA has six functional units – Kala Nidhi, the multi-form library; Kala Kosa, devoted mainly to the study and publication of fundamental texts in Indian languages; Janapada Sampada, engaged in lifestyle studies; Kaladarsana, the executive unit which transforms researches and studies emanating from the IGNCA into visible forms through exhibitions; Cultural Informatics , which applies technology tools for cultural preservation and propagation; and Sutradhara, the administrative section that acts as a spine supporting and coordinating all the activities More details are available at www.ignca.gov.in 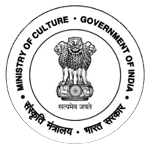